Asphalt Made of Cigarette Butts Paves the Road to less Litter 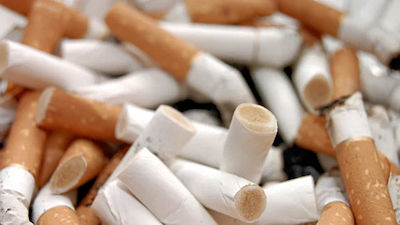 Discarded cigarette butts could soon be locked away inside asphalt roads and paths (Credit: voronin-76/Depositphotos)

The 6 trillion cigarettes produced every year generate over 1.2 million tons of butt litter, and not only do the majority of them end up in the environment, but they’re technically toxic waste. Now, researchers at RMIT University in Australia have found a new way to safely dispose of cigarette butts: seal them up inside roads and paths. [ More ]